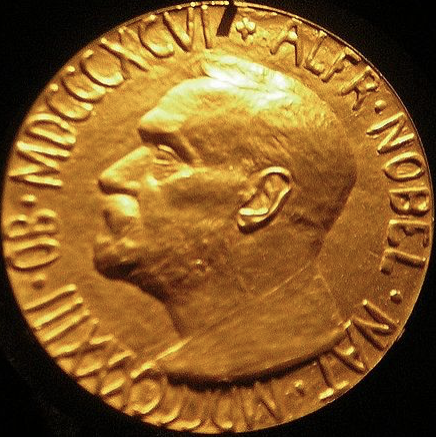 What is the Nobel Peace Prize?

The Nobel Peace Prize is an award earned by those who have been responsible for keeping and creating peace and friendship between the world’s nations and people. There are also Nobel Physics, Chemistry, Medicine or Physiology, and Literature Prizes. All of the Nobel Prizes are awarded to individuals that have greatly benefited humankind. Nobel Prizes are awarded by the Norweigan Nobel Committee, per the request of Alfred Nobel.

Alfred Nobel was an affluent Swedish businessman. When he passed away in 1896, his will stated that all of his fortune was to be invested in the Nobel Prizes. Although Nobel’s will was very specific, it caused conflict between his family members in Sweden. This confusion and conflict was one of the reasons that the Norweigan Nobel Committee didn’t begin their work until 1900, when the Nobel Foundation of Sweden was created.

The first Nobel Prizes were given out in 1901. The Nobel Peace Prize was shared by Frédéric Passy and Jean Henry Dunant. Frédéric Passy was a French economist who founded multiple peace societies and the Inter-Parliamentary Union. He also sat on the Chamber of Deputies. Jean Henry Dunant was a Swiss humanitarian who co-founded the Red Cross, a very important organization that aids people all over the world to this day. Since then, the Nobel Peace Prize has been awarded 101 times. Laureates include Malala Yousafzai, Barack Obama, and Mother Teresa.

Recently, Stacey Abrams has been nominated for the Nobel Peace Prize for her work against voter suppression. Lars Haltbrekken, a member of Norway’s parliament, has said “Abrams’ work follows in Dr. Martin Luther King Jr.’s footsteps in the fight for equality before the law and for civil rights.” After losing Georgia’s race for governor to Brian Kemp in 2018, Abrams has devoted a significant amount of her time and energy to ending voter suppression in America and uplifting the voices of black voters. Georgia, among other states, has a history of purging voters from poll lines for unjust reasons, including the “use it or lose it” policy. The “use it or lose it” policy essentially prohibits people who haven’t voted in a while from voting when they decide to vote again. Abram’s work with her “Fair Fight” campaign is one of the reasons that Joe Biden won the 2020 presidential election. Powerful women like Stacey Abrams are keeping democracy alive in America and throughout the world through their peaceful efforts and determination. Regardless of political affiliation, Americans should be proud to have one of our hard-working citizens nominated for such an impressive award.

To learn more about voter suppression in Georgia and Stacey Abrams, check out this article at https://www.apmreports.org/story/2019/10/29/georgia-voting-registration-records-removed and Tempe’s spotlight on Stacey Abrams at https://agslaurelleaf.com/2058/features/stacey-abrams-spotlight/